The DASH Industry Forum (DASH-IF) is proud to announce the winners of the 2021 dash.js awards. The award ceremony took place during ACM MMSys’21 in Istanbul, Turkey. Winners were shown on the livestream and received virtual congratulations alongside their monetary prizes.

Bertrand Berthelot: For contributing various major features and improvements to the player and being the most active member in the dash.js community. Bertrand has solved issues and contributed bugfixes to all the dash.js releases in between April 20 and September 21 and is actively supporting the dash.js community in Slack and on Github.

Zachary Cava: For contributing MPD patching to the player, one of the major and most complex features of the previous dash.js releases. The code quality of Zack’s code contribution was exceptionally good. Zack also provided extensive unit tests alongside the core functionality of the new feature. 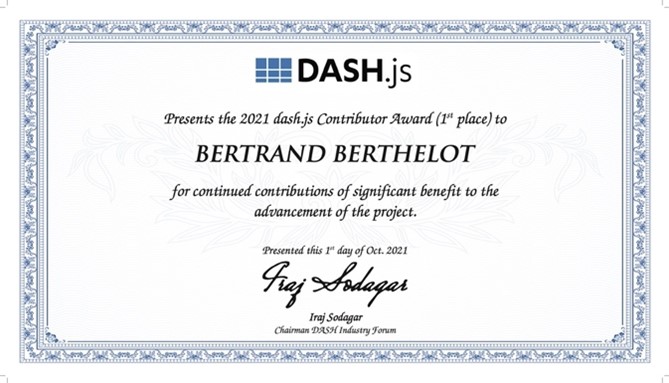 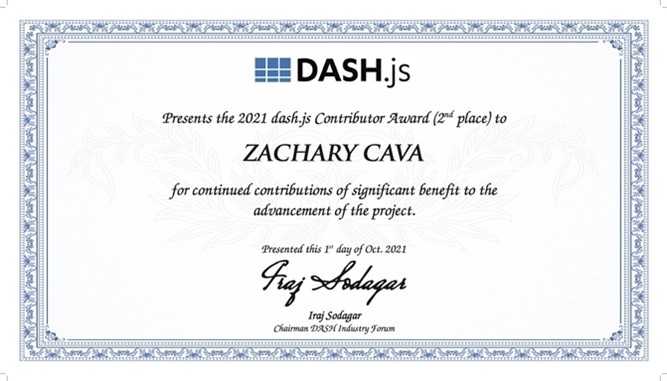 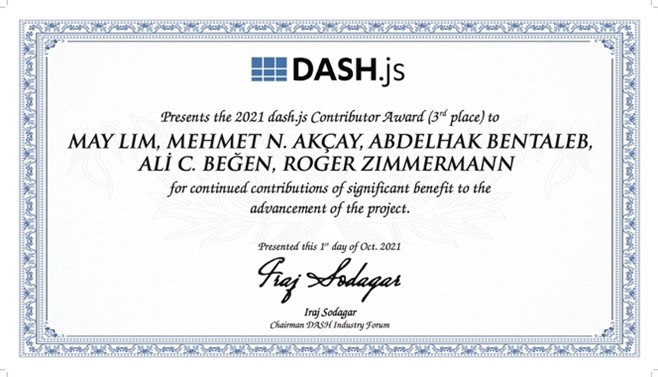 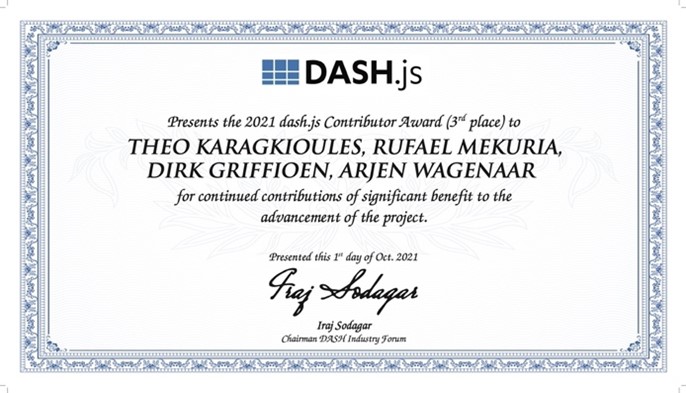